Pyrite is often called “Fool’s Gold,” though there is nothing foolish about this mineral. Within its gleaming beauty is a stone of hidden fire, one that can be sparked to life by striking it against metal or stone.

An Earth element, it also resonates with Fire energy, symbolizing the warmth and lasting presence of the sun and the ability to generate wealth by one’s own power. It is masculine in nature, a stone of action, vitality and will, and taps into one’s abilities and potential, stimulating the flow of ideas.

It brings confidence and the persistence to carry things through to completion. As a talisman, Pyrite is a unique protector, drawing energy from the Earth through the physical body and into the aura creating a defensive shield against negative energies, environmental pollutants, emotional attack and physical harm. It also supports one with a spirit of boldness and assertive action when protecting others, the planet, or in standing up for important issues of community.

It stimulates the Second and Third Chakras, enhancing will power and the ability to see behind facades to what is real. Pyrite is most noted for its nickname, “Fool’s Gold,” the glittering rock notoriously mistaken by naïve prospectors as real gold. It was also used by dishonest mine owners to salt their mines for the purpose of convincing people they were still gold-producers.

Although similar in hue, Pyrite is lighter in color than Gold, and is harder and more brittle. It can’t be scratched with a fingernail or knife. Pyrite is also referred to as Iron Pyrite, and in Germany, “Cat’s Gold.”

Be the first to review “Golden Pyrite Pyramids” Cancel reply 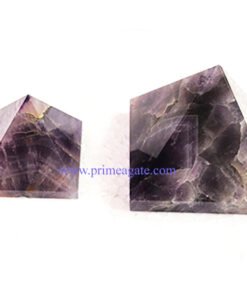 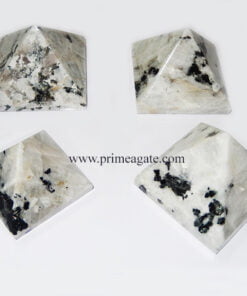 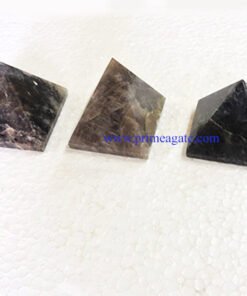 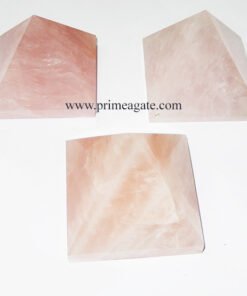 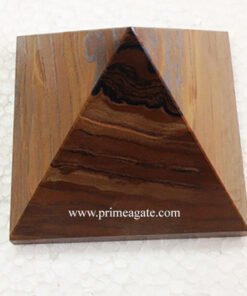 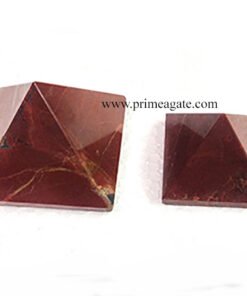 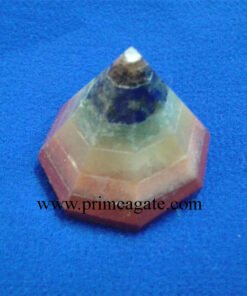